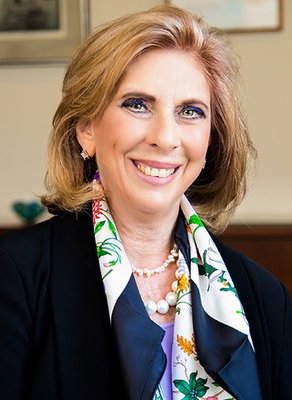 Ms. Liebenberg served as one of trial counsel for the plaintiff class in In re Urethane [Polyether Polyols] Antitrust Litigation, MDL No. 1616 (D. Kan.). After a four-week trial, a jury returned a verdict for the class against The Dow Chemical Company in excess of $400 million, prior to trebling. After accounting for pre-trial settlements with other defendants of $139 million, the Court entered a final judgment for the class in the amount of $1.06 billion. This was the largest judgment ever awarded in a price-fixing case. The judgment was later unanimously affirmed by the Tenth Circuit. In re Urethane Antitrust Litig. 768 F.3d 1245 (10th Cir. 2014). While the case was pending on appeal in the United States Supreme Court, Dow agreed to a settlement for $835 million, the largest settlement ever recovered in a price-fixing case from a single defendant.

She has also held leadership roles for the plaintiff classes in numerous other complex antitrust and consumer class actions as well. For example, Ms. Liebenberg was appointed by the Court as Lead Counsel for the End-Payer Plaintiff Class in In re Generic Pharmaceuticals Pricing Antitrust Litigation, MDL No. 2724 (E.D. Pa.), and Co-Lead Counsel for the class in In re Railway Industry Employee No-Poach Antitrust Litigation, MDL No. 2850 (W.D. Pa.).

Ms. Liebenberg defended Southwest Airlines in In re Domestic Airline Travel Antitrust Litig., MDL No. 2656 (D.D.C.) and successfully defended Southwest in an antitrust action brought against it in Love Terminal Partners, L.P. v. City of Dallas, 527 F. Supp. 2d 538 (N.D. Tex. 2007). She represented Temple University in connection with a high profile class action lawsuit brought by students enrolled in the Fox School of Business and Management. Smith, et al. v. Temple University, No. 18-590 (E.D. Pa.). She served as one of trial counsel in United States v. Stolt-Nielsen, S.A., a complex and landmark criminal matter involving the Antitrust Division's Amnesty Program in which she successfully defended a high-level executive charged with violations of the Sherman Antitrust Act. The charges were all dismissed after a three-week bench trial. United States v. Stolt-Nielsen, S.A., 524 F. Supp. 2d 609 and 524 F. Supp. 2d 586 (E.D. Pa. 2007).

She has repeatedly been listed in the highest band level as one of the leading antitrust lawyers in the country by the Chambers USA Guide: America's Leading Business Lawyers. Also, every year since 2004, Chambers has included her in the highest band level among antitrust lawyers in Pennsylvania. The Chambers Guide has described her as "a first-class litigator" and stated that "she truly is one of the most talented and accomplished antitrust lawyers in the country." Also, she was named by Best Lawyers as "Antitrust Lawyer of the Year" in Philadelphia in 2013, 2018 and 2020. Since 2006, she has been listed in Best Lawyers in America in the field of Antitrust. The US Legal 500 listed Ms. Liebenberg as one of the nation's "leading lawyers" in the field of antitrust class actions, and she was listed by "Who's Who: Legal Competition," by Global Competition Review.

In 2019, Ms. Liebenberg was named by The National Law Journal as one of the "Elite Women of the Plaintiffs' Bar." She was listed among the "Best of the Bar" by the Philadelphia Business Journal in 2019. She received The Philadelphia Inquirer's "Influencers of Law" Lifetime Achievement Award in 2019. She was named by Corporate Counsel and Inside Counsel as the recipient of their 2018 "Lifetime Achievement Award." She was honored with the Hortense Ward Courageous Leader Award by the Center for Women in Law at the University of Texas School of Law in April 2018. In June 2017, she received the "Distinguished Leader Award" from The Legal Intelligencer. In February 2017, she received the Martha Fay Africa Golden Hammer Award from the American Bar Association's Law Practice Division, in recognition of professional excellence in her career and her commitment to diversity. In August 2016, she received the Margaret Brent Women Lawyers of Achievement Award from the American Bar Association's Commission on Women in the Profession. This is the highest award bestowed upon a woman attorney by the ABA. In May 2015, the National Law Journal named Ms. Liebenberg as one of the nation's 75 most "Outstanding Women Lawyers." Previously, in 2007 the National Law Journal had named her as one of its "50 Most Influential Women Lawyers in America." In April 2015, she was honored with the "Lifetime Achievement Award" by The Legal Intelligencer, in recognition of her "exemplary career" and her "significant impact on the profession." She has been named five times as one of the "Top Ten Super Lawyers in Pennsylvania." In April 2014, she received the Chambers Women in Law "Outstanding Achievement Award." She received the Ms. JD "Sharing Her Passion Award" in February 2014. Ms. Liebenberg was the recipient of the inaugural Chambers Women in Law Award for "Outstanding Contributions to Gender Diversity and Equality" in January 2013. In November, 2012, she received the Florence K. Murray Award from the National Association of Women Judges. That Award is given to someone "who has opened doors and advanced opportunities for women attorneys." Ms. Liebenberg is also the recipient of the 2008 Sandra Day O'Connor Award by the Philadelphia Bar Association. This Award is conferred annually on a woman attorney "who has demonstrated superior legal talent, achieved significant legal accomplishments, and has furthered the advancement of women in both the profession and the community."

In October, 2006, Ms. Liebenberg was named by Pennsylvania Governor Ed Rendell as a "Distinguished Daughter of Pennsylvania" for her "leadership and contributions to the State." In May, 2012, Ms. Liebenberg was selected as one of two inaugural "Leaders in Residence" at The Center for Women in Law at the University of Texas School of Law, which described her as a "nationally-recognized leader in the advancement of women lawyers." In April, 2003, she was named as the first recipient of the Lynette Norton Award by the Pennsylvania Bar Association's Commission on Women in the Profession. That Award was given to her in recognition of her "outstanding litigation skills" and "mentoring of women attorneys." In April 2010, she was named one of the "Women of Distinction" by The Legal Intelligencer. In December, 2003, she was named as one of the "Women of Distinction" by the Philadelphia Business Journal and the National Association of Women Business Owners, based on her "commitment to professional excellence and community involvement."

Ms. Liebenberg served as Chair of the American Bar Association's Standing Committee on the Federal Judiciary from 2006-2007. That Committee performs peer review evaluations of all federal court nominees. Prior to that appointment, she served as the Third Circuit representative on the Standing Committee from 2005-2006. She served as Co-Chair of the Practitioners' Reading Group in connection with the Standing Committee's evaluations of the nominations of Supreme Court Justices Sotomayor and Kagan. From 2003 to 2005, Ms. Liebenberg was a member of the Board of Governors of the ABA, representing Pennsylvania and New Jersey. In addition, she served on the Governing Council of the ABA's Section of Litigation and was the Section's Delegate to the House of Delegates. She was Vice Chair of the ABA Antitrust Section's Cartel and Criminal Practice Committee. She also served as Chair of the Class Actions and Derivative Suits Committee of the ABA Section of Litigation. Ms. Liebenberg formerly chaired the Philadelphia Bar Association's Antitrust Committee from 1993-1997 and 2002-2007.

Center for Women in Law, University of Texas School of Law