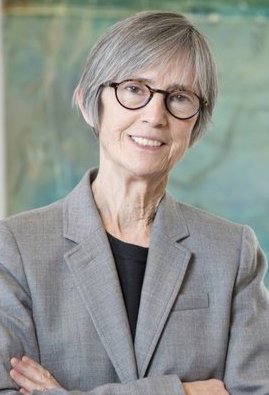 A Champion for Justice

Under Elizabeth Cabraser’s leadership, Lieff Cabraser has become one of the country’s largest law firms serving clients seeking redress for financial and consumer fraud, anti-competitive practices, harmful drugs and products, and illegal employment practices. For nearly four decades, Elizabeth has made sure that our firm remains dedicated to its core values.

A Pillar of the Plaintiffs’ Bar

Elizabeth has been repeatedly recognized as one of the foremost litigators in our nation, including being selected an unprecedented four times as one of the 100 Most Influential Lawyers in America by the National Law Journal, which has called her “a pillar of the plaintiffs’ bar.”

In November of 2018, Elizabeth was chosen in the inaugural group for the National Law Journal’s “Elite Women of the Plaintiffs Bar,” a new award celebrating women lawyers who “have consistently excelled in high-stakes matters on behalf of plaintiffs over the course of their careers.” In March 2018, Elizabeth was inducted into the National Trial Lawyers Association’s Trial Lawyer Hall of Fame, and in May 2018 was named a “Titan of the Plaintiffs Bar” by Law360. In July 2018, Public Justice honored her with its “Champion of Justice” award – the foundation’s highest honor. In late 2017, she received the National Law Journal’s Lifetime Achievement Award. The award honors an attorney’s career-long accomplishments and their impact on the national legal community.

Also in 2017, Elizabeth was was named “Plaintiff Attorney of the Year” by Benchmark Litigation, which noted that she “is known nationwide for having handled some of the largest class actions in US history, as well as being one the firm’s — and the country’s — foremost trial lawyers.” The publication also named her to its lists for “Top 10 Women in Litigation,” “Top 250 Women in Litigation,” and “Top 100 Trial Lawyers in America.” The National Law Journal selected Elizabeth as a 2017 “Energy and Environmental Law Trailblazer,” and Chambers USA named her a “Leader in the Field” for General Litigation (California) and Product Liability (Nationwide). The Consumer Attorneys of California selected Elizabeth as a “Consumer Attorney of the Year Finalist,” and the California Daily Journal included her among its “Top Plaintiff Lawyers in California” and “Top California Women Lawyers” as well as naming her and the Lieff Cabraser team “California Lawyers of the Year” for their work on the historic Volkswagen Diesel Emissions Fraud case.

In 2016, Benchmark recognized her as a “Top 10 Female Litigator,” noting “Elizabeth Cabraser is one of the best trial lawyers to be found anywhere. She has an unassuming yet massive courtroom presence.” Also in 2016, Law360 named Elizabeth a “Most Valuable Player” in Class Action Law.

In 2015, the National Law Journal named her as one of the 75 outstanding women lawyers in America. She has been named repeatedly to the Lawdragon 500, The Top 100 California Lawyers, and as a Super Lawyer in multiple fields.

The California Daily Journal has described Elizabeth as

a commanding attorney and a role model for other litigators, especially fellow female lawyers.

Law360 noted in a profile of Elizabeth that

Her reputation among defense attorneys is that of a formidable opponent who comes to cases thoroughly prepared and can win a Judge’s ear.

Commitment to Advancing the Legal Profession and Society

Elizabeth serves on the Executive Committee of the Council of the American Law Institute (ALI) and is an advisor to several ALI projects, including Aggregate Litigation, the Restatement Third, Torts: Liability for Economic Harm. Since 2011, she has served on the Federal Civil Rules Advisory Committee.

Elizabeth has written and spoken extensively on substantive legal issues as well as ones related to the advancement of women in the profession, including last year for Trial magazine, published by the American Association for Justice, a commentary entitled “Where are all the women in the courtroom?”

Elizabeth’s dedication to the advancement of civil justice extends beyond cases. She lectures on class action and complex litigation at Berkeley and Columbia Law Schools, has written extensively on these issues, and has also lectured and conducted seminars for the Federal Judicial Center, ALI-ABA, the National Center for State Courts, Vanderbilt University Law School, and the Practicing Law Institute.

In 2010, the American Bar Association Commission on Women in the Profession honored Elizabeth with its Margaret Brent Women Lawyers of Achievement Award. The award recognizes the accomplishments of women lawyers who have excelled in their field and have paved the way to success for other women lawyers. It is regarded by many as the highest honor in the legal profession for women lawyers.

Elizabeth is also a fellow of the American Academy of Arts and Sciences. Many of our nation’s most accomplished leaders from academia, the social sciences, the study and practice of law, business, public affairs, the humanities, and the arts are members of the Academy.