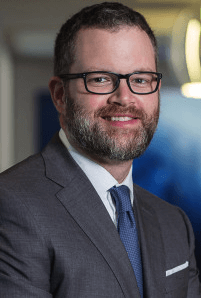 Mr. Caldwell consistently is recognized by his peers in the legal community based on his work in patent disputes and business litigation. In 2019, he was named a “Titan of the Plaintiffs Bar” by the publishers of Law360 based on his trial wins during the previous 12 months. He was the only Texas attorney and one of only 20 lawyers nationwide to be included in the exclusive roster of the country’s best. Mr. Caldwell has been named one of the Best Lawyers in Dallas by his legal peers and the publishers of D Magazine since 2016 and an Intellectual Property Trailblazer by the publishers of The National Law Journal.

He was named “Litigator of the Week” by The American Lawyer magazine two different times in 2016 based on record-setting patent infringement verdicts against Apple Inc. Those jury awards of $625.6 million and $302 million were ranked as the 6th and 9th largest verdicts in the nation that year. In 2015, he helped Smartflash LLC win a $532.9 million verdict against Apple that was the year’s top Texas verdict and the largest intellectual property verdict in the U.S., ranking third nationwide overall.

Mr. Caldwell’s litigation track record also includes other jury awards ranked among the Top 100 Verdicts in the U.S. by the publishers of VerdictSearch and The National Law Journal, including $106 million against Microsoft Corp.; $22 million against Apple Inc.; and $15 million against Samsung Electronics Co. Ltd.

Mr. Caldwell was one of five lawyers nationwide and the only Texas attorney to be named to the Law360 2017 Rising Stars list in the intellectual property category. The publishers of Texas Lawyer newspaper also named him on the 2017 Lawyers on the Rise list for his work in patent cases.

In addition to earning a spot in The Best Lawyers in America since 2016, Mr. Caldwell has been named one of the Lawdragon 500 Leading Lawyers in America since 2014. He also has earned selection to the annual Texas Super Lawyers list since 2015, including being named in 2019 as one of the Top 100 attorneys in Dallas/Fort Worth, and the affiliated Texas Rising Stars list (2006-2009, 2011-2015) based on his work in patent cases. His role in helping a client win a $250 million patent verdict was featured in a 2009 profile article published by Super Lawyers magazine. In 2012, Mr. Caldwell was named a leading U.S. patent litigator by the publishers of The Legal 500, and he previously was honored by D Magazine in its annual listing of the Best Lawyers in Dallas Under 40.

Prior to the formation of Caldwell Cassady & Curry, Mr. Caldwell was a principal at McKool Smith. At the University of Texas School of Law, he received the Dean’s Achievement Award in Patent Litigation. Before attending law school, Mr. Caldwell earned a degree in electrical engineering from Texas A&M University. He now serves as a member of the electrical engineering department’s External Advisory & Development Council. During an externship from Texas A&M, Mr. Caldwell worked for a year as an electrical engineer at the Central Intelligence Agency in Langley, Virginia, where he obtained a top-secret security clearance and was awarded multiple merit-based citations.